Steven Le Vourc'h, was born in France. He grew up in Bretagne, graduated in Political Science and then majored in Finance. At the age of 24, he moved to Luanda (Angola) because of his professional life. That's where it all began: he discovered that he was fond of traveling and photography as well.

Since then, he traveled to 35 countries. His main travel publications include the Washington Post (Angola), National Geographic France (Myanmar) and the Bradt travel guides (Cameroon) as well as several Mozambican newspapers and magazines (MozCeleb, Villas & Golf, ...).

Steven’s photography is also showcased on the CD cover of the Mozambique Music Awarded singer Tanselle or through the 2016 Cancer Awarness Portrait Campaign “Outubro Rosa”.

He is passionate about night photography and landscape, but he is also versatile in this field. He began shooting models and events in Lagos during Nigeria's 2011 Fashion Week. In December 2014, 2015 and 2016, he was selected by DDB as the official fashion week photographer in Maputo.

He has also documented the seaside landscapes and people of Mozambique in the last 5 years. In early 2012, he set up his studio in Maputo (Saint-Louis Studio) to serve families, private organizations and the fashion industry with a very personal and particular vision of photography.

For the past 18 months, he also started documenting the Mozambican landscapes (cities and seaside) and assisting banks, hotels, magazines, real estate & oil and gas companies to get outstanding drone pictures and videos. He's currently having a +250 flights track representing a coverage of over 325km travel distance. 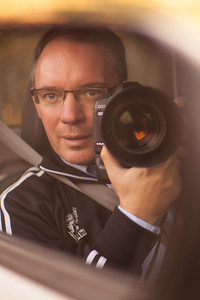